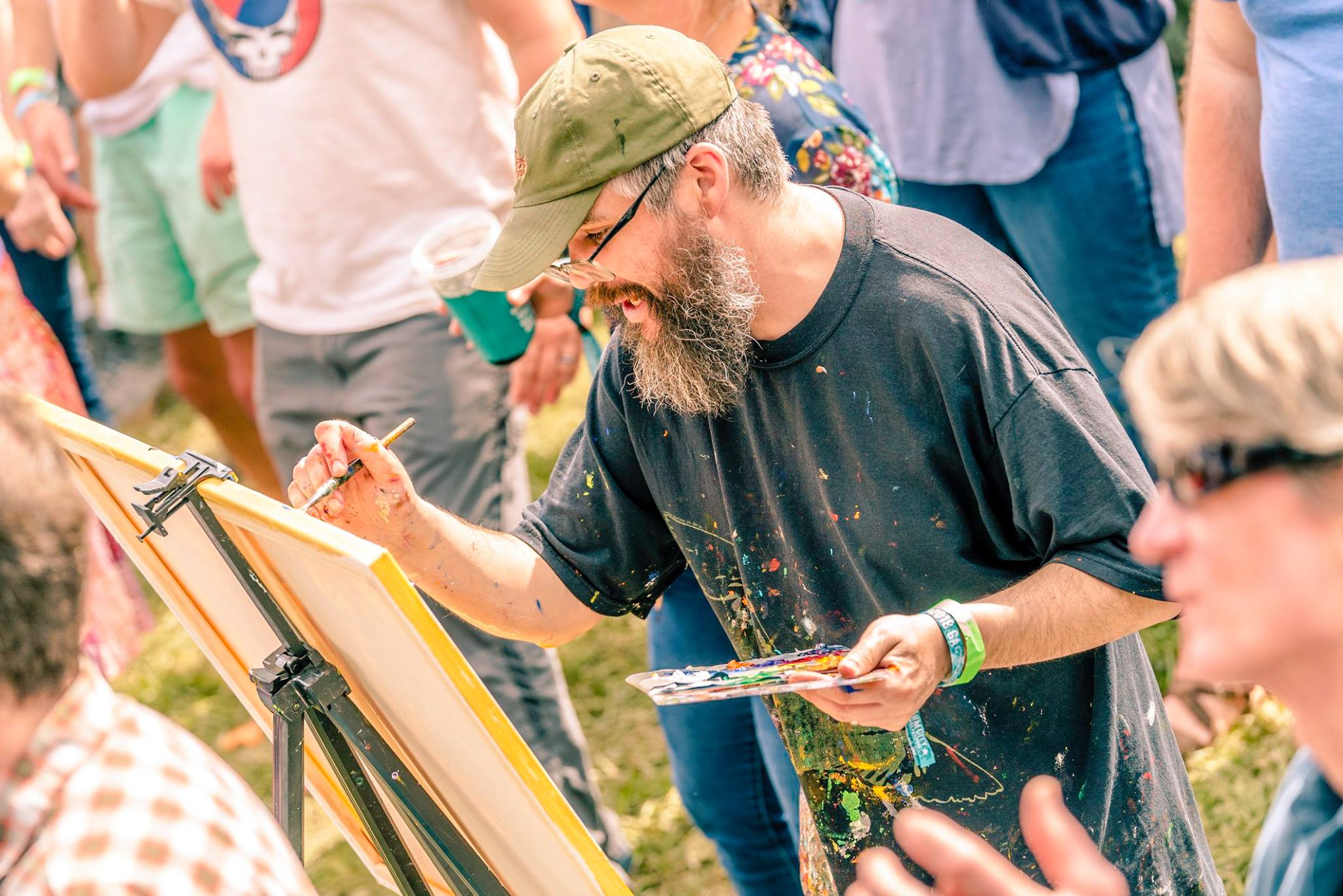 I was born and raised in northern New Jersey, in a melting pot of mixed cultures, just a train or bus ride from NYC. In my first year of high school my family moved to good ole’ West Virginia, where I lived out three years of my high school life. Spent my senior year in Baltimore County Maryland, just a quick drive into Baltimore. After graduating High School I attended The Art Institute of Philadelphia, I’ve been creating art ever since. Now I’m chillin’ in York County Pennsylvania with my spectacular son and amazing wife.

I’ve been painting and drawing since childhood, and started hitting the concert scene pretty early in life. Then came Scramble Campbell, I saw him painting at Hornings Hideout in Oregon during a String Cheese Incident show, it was moving and magical to say the least. It was only natural that I too joined these two pieces of my life together. I discovered my true passion, live music painting, in January of 2003.

The very first live show I painted at, is a band named Second Sky, at the Chameleon Club in Lancaster, PA. The feeling of jamming along with them further inspired me to do it more. Since then I have had the privilege of painting a long list of musicians, including both local and national acts. Such as Larry Keel, Keller Williams, Karl Denson, Galactic, MMW, Railroad Earth, Del McCoury, Twiddle, Billy Strings. Jazz Mandolin Project and the list goes on and on….

I loose my self in the flow of music, at the same time expressing what I see and feel from the music, the audience and the energy of it all coming together. That is, in a nutshell, how I got where I am today, addicted to painting live music.